We’ve taken a huge liking to Red Angus and feel there’s a substantial future in the breed. We’re establishing a high quality Red herd of Angus cattle and have purchased some of the best Red foundation females in the country to achieve our goal.

This bull is the reason for our Red Angus herd. We spotted something special in Emperatus as a calf in 2011 and he’s now accompanied by some of the best Red females in the country, including a group of red girls from Windygowl, Kincardine Castle Angus as well as Netherton Red Essence H483 and two of her TLA Northern Samurai daughters. 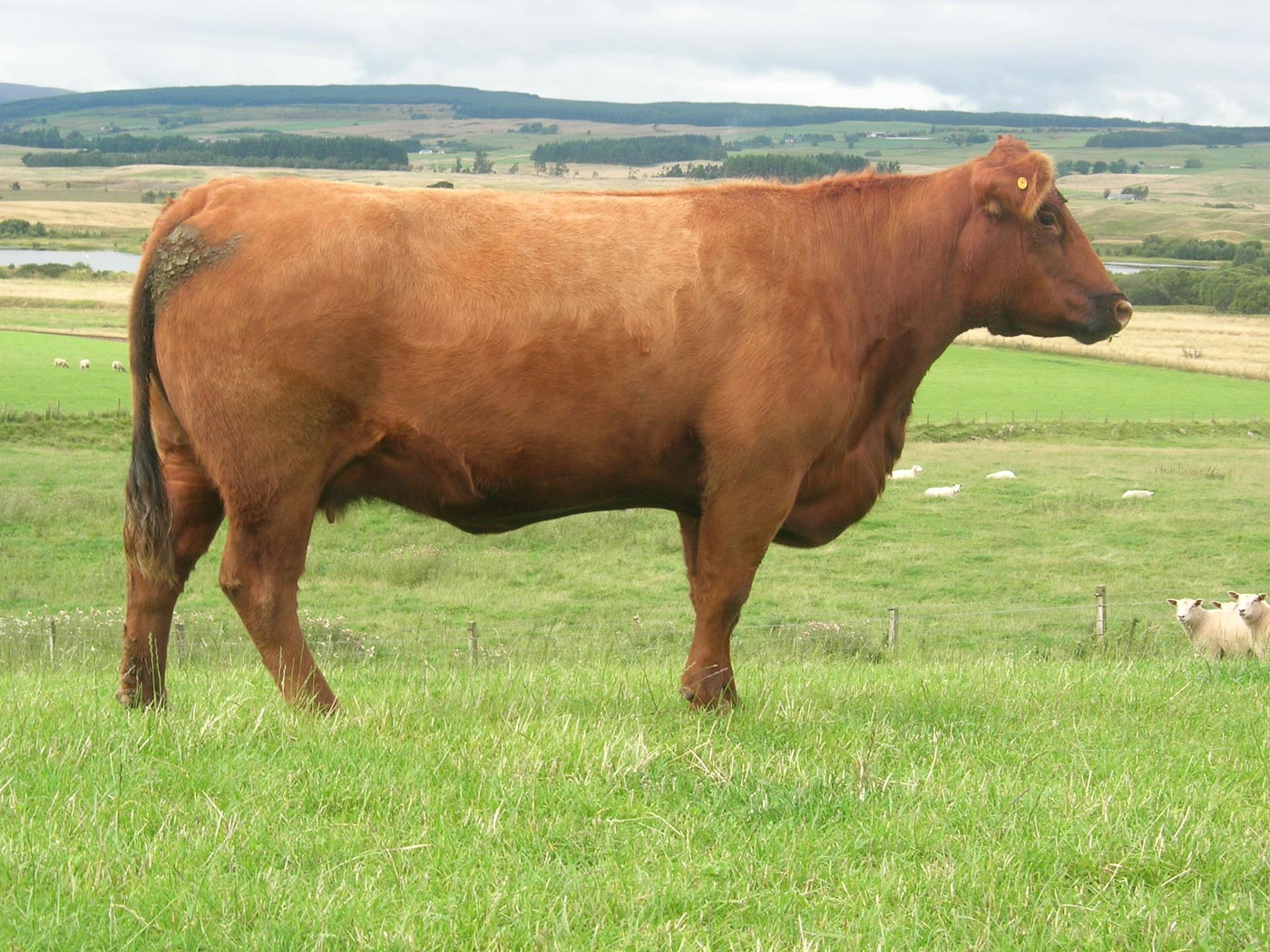 A daughter of Red Sten Essence 42G who was named Canadian Show female of the year in 1999, Red Essence was first at the English National Show and First and Reserve female at the National Calf Show in 2009. Her two daughters Netherton Red Essence M654 and Netherton Red Essence M720 are both sired by the legendary TLA Northern Samurai who carried the Red gene and had a big influence in Canada in the 1990s.

We purchased this five-month-old bull calf with his Dam at the Cardona sale in October 2013. We knew we wanted him immediately and with the aim of looking to the future, are hoping he will turn into another fantastic bull to join Emperatus.