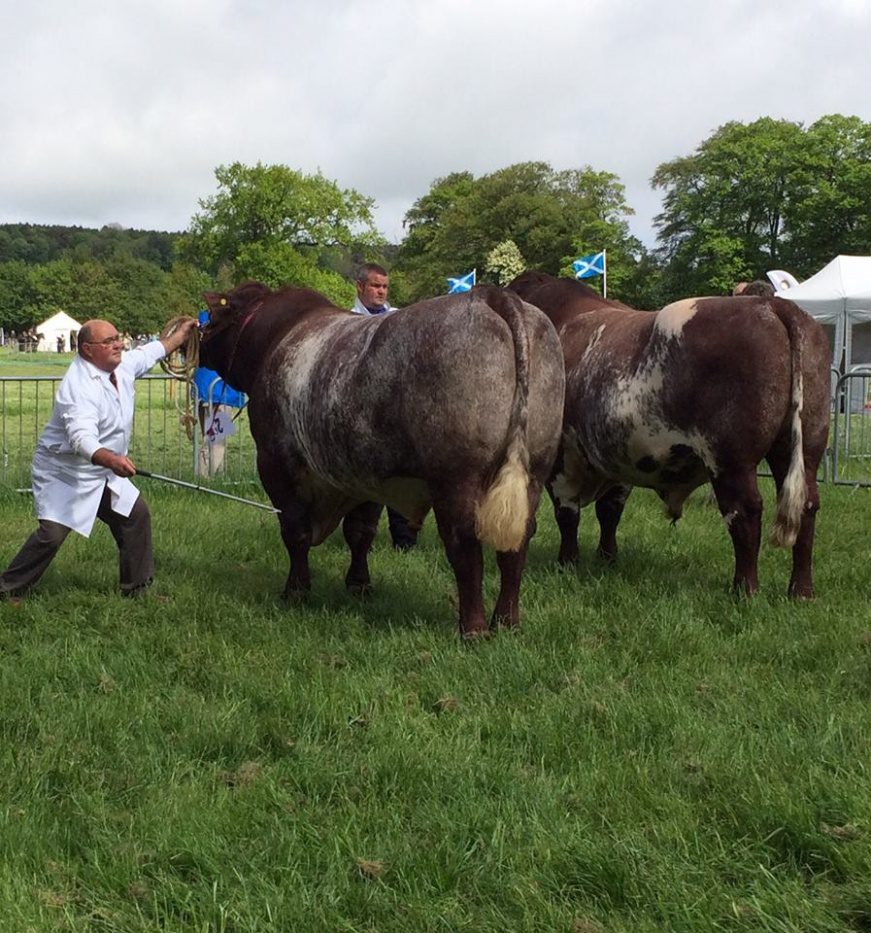 The Highland Wagyu Shorthorn team had an ‘Extra Special’ day at The Fife Show at Kinloss Farm near Cupar on sunny Saturday, May 24th.

Meanwhile his little sister Mohmar Georgina was second in her class and reserve female champion. 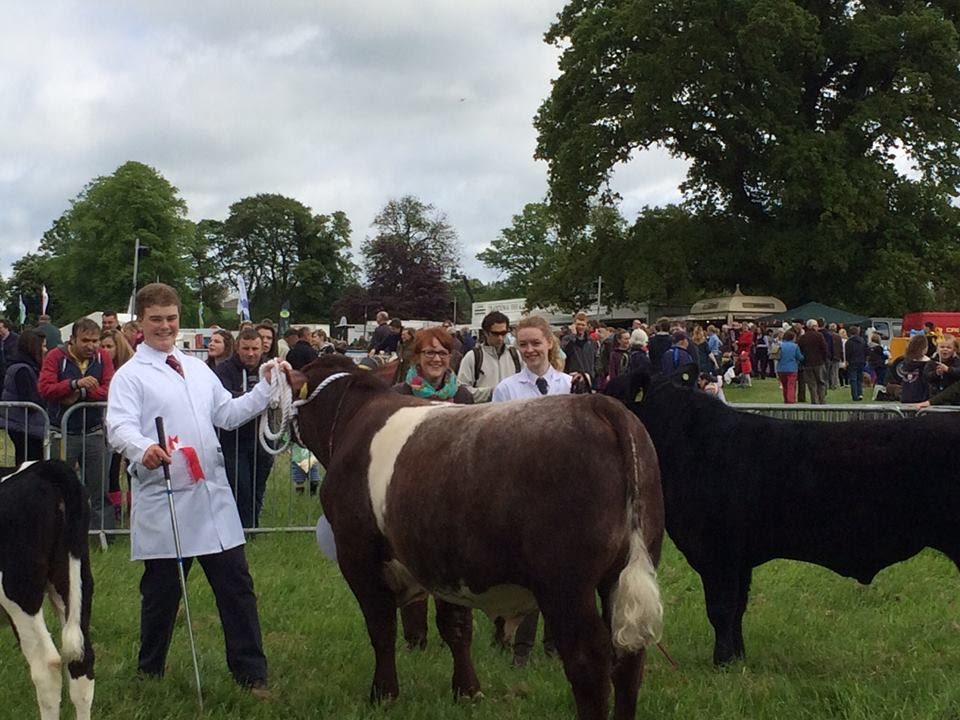 Mohmar Georgina and Mohmar Genghis Khan also won the pairs, with John and his mum Maureen leading them to victory in the show ring (below). 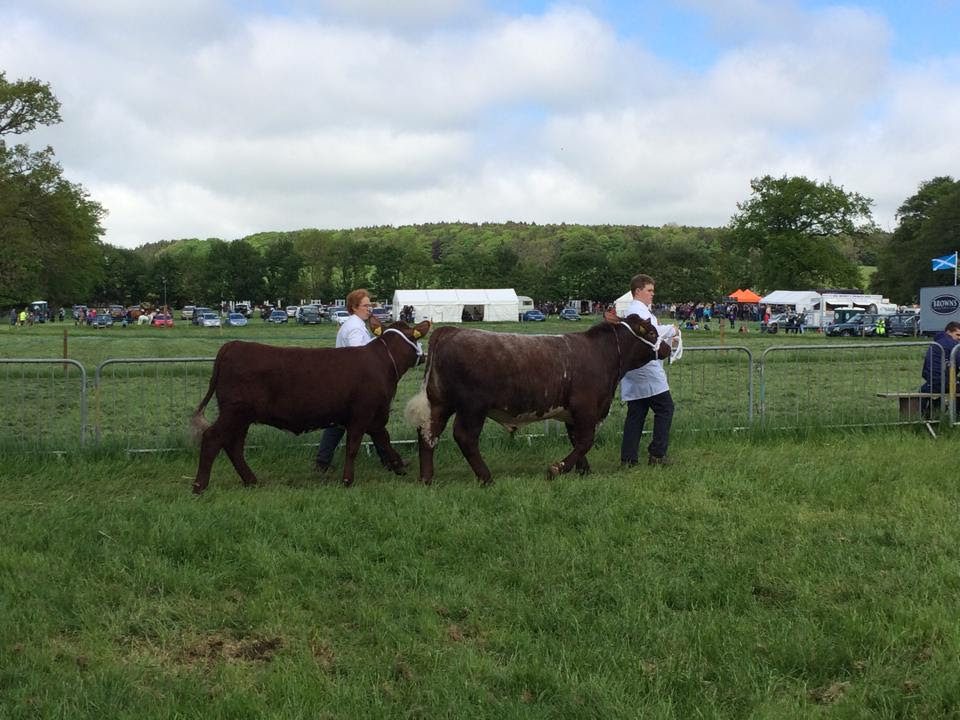 Here’s John looking delighted with all the rosettes. Well done team – what a family! 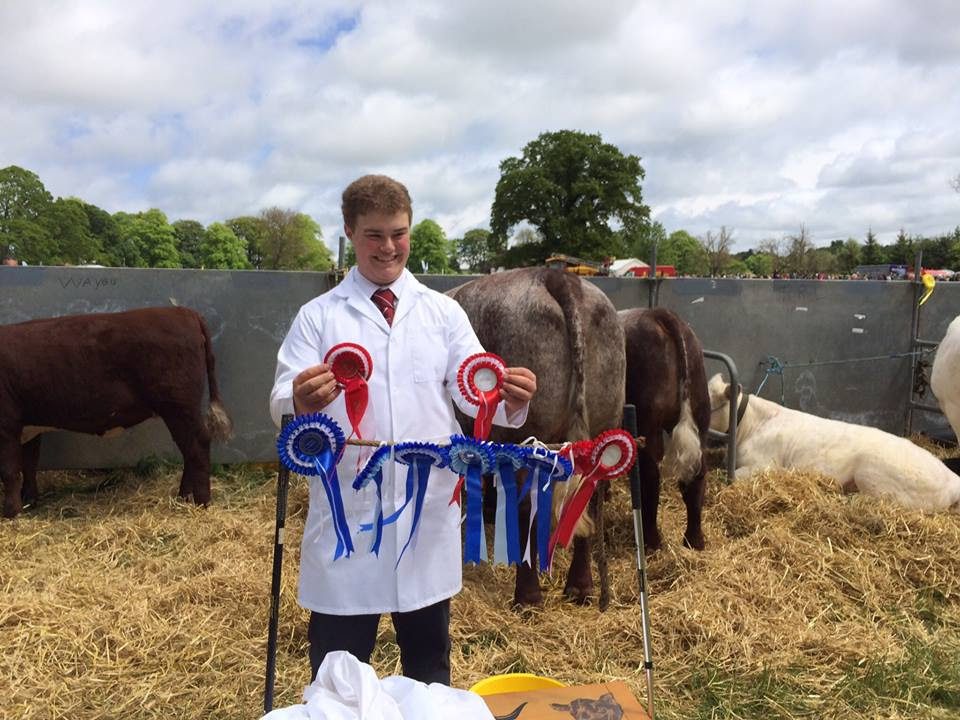