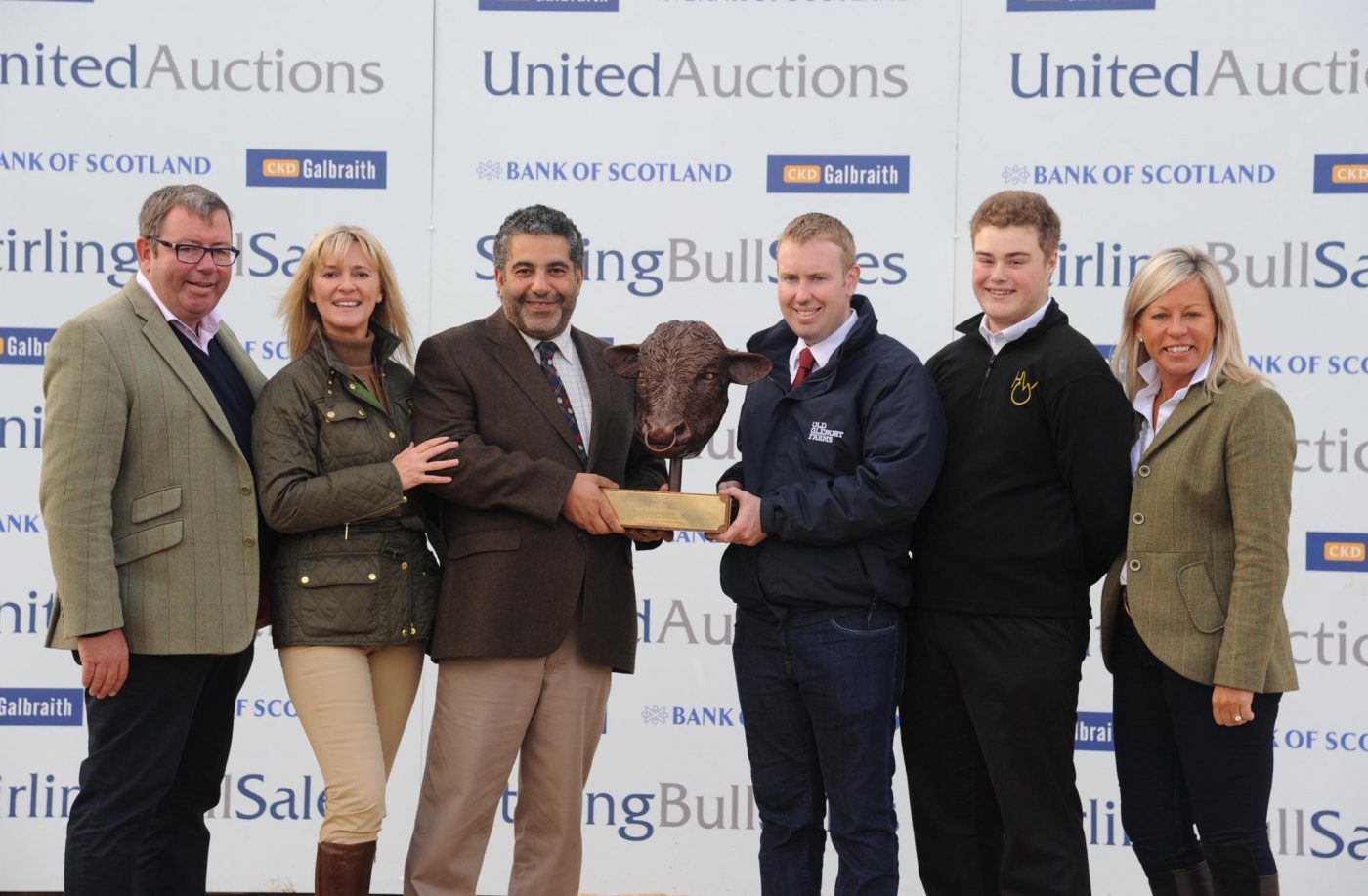 The Uppermill Beef Shorthorn herd has been awarded the inaugural Mohmar Trophy for scoring the highest number of points across four major shows during the 2014 season.

Uppermill’s owner, James Porter, of Gill Hall Estate, Dromore, County Down was presented with the award at the Stirling Bull Sales on Monday 20 October by Mohsin Altajir of Highland Wagyu who donated the trophy.

“As Beef Shorthorn breeders ourselves, we wanted to help encourage more breeders, in particular some of the newest members, to show their cattle and recognise the most successful herd across four shows – the Royal Highland, Royal Ulster, Royal Welsh and Great Yorkshire,” Mr Altajir explained.

“We hope the perpetual Mohmar Trophy, which is based on our Shorthorn bull Quoiggs Extra Special, will become a much sought-after award in the show season for Shorthorn breeders.”

He added: “We are delighted be able to introduce a brand new and unique trophy to our awards line up and our grateful thanks go to Highland Wagyu for generously supporting Beef Shorthorn at a time when the breed’s popularity has reached a record high – calf registrations are up 41% since 2011. Breeders are delivering a functional suckler cow suited to modern commercial requirements whilst Morrisons Traditional Beef scheme has introduced a strong demand for Beef Shorthorn steers, previously a by-product.”

The Mohmar Trophy judging was based on a point system. The first place in each class was awarded 50 points, second 40 points, third 30 points, fourth 20 points and fifth 10 points. The scoring included group classes but excludes the championships. The exhibitor amassing the greatest total of points from these four qualifier shows was declared the winner.